Is It Terrorism Or A Long Term Covert War Strategy?

This week a small bomb exploded in the Holy City of Varanasi at the Dashashwamedha Ghat where prayers are held. Hundreds of people watch this event either at the Ghat or from boats in the River Ganga. This bomb attack was terrorism, a dastardly act intended to injure and kill innocent people. 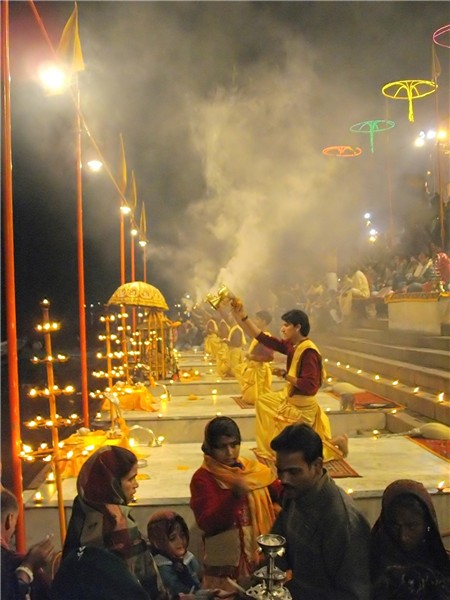 But this attack is very different from the horrific attack on Mumbai by commandos from Pakistan in November 2008. The attack on Mumbai was NOT terrorism, but a totally different operation. It was an exquisitely planned and flawlessly executed attack by professionally trained commandos armed with an arsenal of lethal weapons. Prior to the attack, the supporting cadres had scouted the targets, established base camps in nondescript buildings, and stockpiled on weapons and support material. The attackers traveled from Karachi to Mumbai in trawlers; they came ashore in inflatables in isolated portions off the Mumbai coastline at night, and went quietly to their planned rendezvous points. Then, like clockwork, they carried out their mission.

Based on the testimony and interrogation of David Coleman Headley, media analysts have reported that the attack was assisted or masterminded by elements associated with Pakistan’s Intelligence Service, the ISI. Whether this is true or not, we leave to the relevant officials. The more relevant question is whether this was one isolated attack or part of a long-term strategy.

The Pakistan military, in my opinion, has been a relentless enemy of India since the partition. They attacked India in 1947, 1965, 1971 and then finally in 1999. After the disastrous defeat in the 1999 Kargil conflict, I believe, the Pakistani Army came to the conclusion that they could not afford to engage the Indian Army in combat. It was time for a different strategy.

A New Strategy for Covert War against Indian Society?

We do not know what the Pakistani Army designed. But let us indulge in speculative analysis.

Readers, if you had to design a strategy, what would you do? You would realize that a successful strategy should pit your strengths against the weaknesses of your enemy. So a smart strategy against India should bypass the professional, well-trained Indian Military and attack the soft underbelly of India, the local Indian administrations. It is no secret that the local administrations in India are rather pathetic – inefficient, incompetent and sometimes corrupt. If the Indian Army is made of “Lions”, the local administrations are made of “Sheep”; complacent people content to graze in their local fiefdoms and conditioned to follow the direction of their shepherds or of their bosses above. 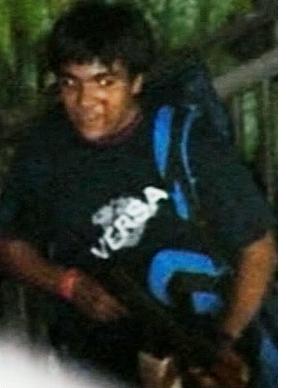 It is a characteristic of wolves to attack sheep. Where would you find wolves? You would look to the poor, destitute areas of Pakistan-Pashtunistan. No shortage there of young men who, for a relatively small amount of money, could be trained in military combat, bomb-making and other terrorist activities. These men could be infiltrated into India for specific missions, a simple task given Indian complacency and laxness. If these young men are successful, mission accomplished. If these young men fail, no harm done as long as the masterminds could claim plausible deniability.

Such a strategy of attacking local Indian administrations would be easy and effective. It would cost little and create havoc in India. The pathetic state of the Indian political machine would render it incompetent to taker any effective action. In this way, you would be able to create a strategy of a long-term relentless Covert War against the Indian society.

How would such a strategy succeed? Go back and recall the events of November 2008. You will see that such a strategy could succeed brilliantly without incurring any liability or damage to the masterminds of the strategy.

If such a strategy actually exists, then it could have long-term implications for India. It would require the entire Indian establishment to act upon it. It would need an innovative hard set of responses, each calibrated to trigger upon a specific type or level of scenarios.

Unfortunately, this is not an Indian strength. India has not demonstrated any long-term strategic vision since Independence. No Indian agency has demonstrated the ability to work in tandem with other agencies, and the Indian Government has not created an awareness of the long-term danger to India.

At the current rate of economic progress, the Indian society would be richer, more educated and generally content with its prosperity within the next ten years. Next to this wealthy soft Indian society, the Pakistan-Pashtunistan area would be home to almost 300 million people, most of them poor, destitute and without any real means of employment. This would be an army of hungry wolves ready to descend on a rich, soft India to loot and plunder just like their ancestors began doing about 1,200 years ago. These would not be military attacks from a government but attacks from ‘independent’ groups of professionally trained wolf packs on Indian society.

What is the solution against attacks by Wolves on the Sheep? The protectors of the Sheep have to enter the den of the Wolves to unleash punishment.

Will India ever have the mental and military strength to do so? Or will India, the seeker of a permanent seat on the UN Security Council, keep running to America with its grievances?

The long awaited review of U.S. and NATO strategy in Afghanistan was completed by the Obama administration in December 2010. The publicly…

The key lesson of the Memogate controversy is the readiness of the Pakistani political class to exploit the civil-military imbalance for tactical advantage. On…

After the fusillade of accusations and denials between Washington and Islamabad, things remain pretty much the same as before. Precisely a decade…

Since the United States has announced its intentions to withdraw its troops from Afghanistan by 2014, leaders in the White House have…

Pakistan’s prospects careen from bad to worse, but there is still some possibility that it might one day evolve in a more…

Prime Minister Manmohan Singh rarely speaks his mind on the major issues of the day. However, on June 29, 2011, in his…

The U.S-India strategic partnership is moving on an upward trajectory, though not a predictably smooth one. In fact, after the euphoric “indispensable…

Due to the proclivity of India’s neighbours to exploit the country’s nation-building difficulties, India’s internal security challenges are inextricably linked with border…

A crisis of gargantuan proportions with unprecedented geo-political repercussions is gradually taking shape in Asia. Tibet is the source of several large…