Is the U.S. sanctions regime against Iran’s petroleum sector undermining India’s energy security efforts? One might think so given the dispute that played out between New Delhi and Tehran over the past few weeks. India is Iran’s second largest oil customer after China and absorbs about 20 percent of its crude exports. But because U.S. sanctions complicate the payment process, the Islamic Republic had threatened to cut off deliveries unless India paid some $5 billion in outstanding arrears by August 1. If implemented, the threat would have disrupted 12 percent of India’s oil imports. 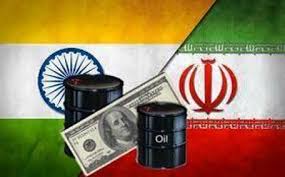 Tehran’s atomic ambitions have become an irritant in US-India relations. President Obama signed into law last summer a new round of anti-Iran penalties, which affected some Indian companies and prompted complaints from New Delhi about the extra-territorial reach of U.S. laws. Some believe that continued friction over the issue might endanger New Delhi’s candidacy for a permanent seat on the United Nations Security Council, while others fear that compliance with U.S. laws will compromise India’s foreign policy independence.

In truth, though, the issue is losing its potency to bedevil US-India ties. This is not because Washington will cease regarding the Iranian nuclear program as a matter of concern. Nor will South Block finally figure out how to painlessly balance its simultaneous quest for constructive relations with Iran and its American nemesis.  Rather, now that Tehran has largely accumulated the requisite materials and technology for a nuclear weapon, U.S. policymakers are increasingly coming to the grudging realization that there are real limits as to what can be done to elicit Iranian compliance with the global nonproliferation regime.

One of the ironies of the diplomatic process that eventuated in the US-India civil nuclear accord is that as concerns about Indian proliferation activities ceased being a hindrance to closer bilateral ties, the Iranian nuclear issue surfaced as a new point of discord. Indeed, in some quarters in both Washington and New Delhi, the two developments were inextricably linked. In the months following the path-breaking July 2005 summit between President George W. Bush and Prime Minister Manmohan Singh, US Ambassador David C. Mulford continuously sounded the alarm that a failure to back a series of International Atomic Energy Agency (IAEA) motions censuring Iran risked jeopardizing Congressional support of the agreement.

Influential Congressional voices underscored the admonishments. The U.S. Congress gave preliminary assent to the nuclear initiative when it passed the so-called Hyde Act in late 2006. But it also attached provisions to encourage Indian backing of the U.S. approach on Iran, thus ensuring that the issue would continue hanging in the air throughout the negotiations over the enabling “123 Agreement.” Congressional leaders also sent a toughly-worded letter to Prime Minister Singh in May 2007 warning of “grave concern” that India’s ties with Iran “have the potential to significantly harm prospects” for the accord’s final passage.

Although President Bush took the position that the Hyde Act’s provisions on Iran were “advisory” in nature, an odd alliance of the Indian Left and Right regarded them as an outright affront to the country’s sovereignty. Pointing to New Delhi’s support of the IAEA censures in late 2005 and early 2006, they accused Mr. Singh of purchasing Washington’s concessions on the civil nuclear initiative by mortgaging India’s prized strategic autonomy. These passions came to a head in the parliamentary vote of confidence that occurred in July 2008, an unprecedented act for a foreign policy matter.

Given what was at stake in the US-India nuclear negotiations – not only critically-need access to reactor technology and fuel but also the prospect of converting a strategic rapprochement with the world’s premier power into a full-fledged partnership – it is not surprising that New Delhi sought to mollify Washington’s concerns on Iran. Still, the charges leveled against the Singh government were off the mark. The IAEA votes in 2005 and 2006 represented a tactical adjustment rather than a wholesale shift occasioned by excessive deference to U.S. policy preferences.

This is not to say that India would otherwise have been supportive of Iran’s nuclear weapons program. New Delhi has been consistent that Tehran must live up to its obligations under the Non-Proliferation Treaty, a position that was reaffirmed in November 2009 when it backed another IAEA rebuke of Iran.

Yet the Indian government also has done little to surrender the pursuit of what it considers important national interests vis-à-vis Tehran. This is vividly demonstrated by the recent acrobatics in finding a mechanism to pay for crucial energy imports from Iran. Acceding to U.S. pressure, New Delhi barred Indian oil and gas companies last December from settling payments through the Tehran-based Asian Clearing Union. Iran had advertised the ACU as a means of sidestepping U.S. economic sanctions and Indian enterprises made extensive use of the facility. Through American officials hailed the move as a “significant step,” New Delhi quickly arranged an alternative conduit, using an Iranian-owned bank in Germany to funnel euro-denominated payments.

When the new connection was shut down this spring, again due to Washington’s insistence, India and Iran began discussions on another arrangement, which despite Iranian threats of shutting off the oil spigot eventuated in an agreement this week to route payments (mainly in euros) through a state-owned bank in Turkey. And even as New Delhi was going through these maneuvers, a consortium of firms, led by the overseas arm of the state-owned Oil and Natural Gas Corporation, was moving forward with plans to invest $5 billion in developing the Farsi gas field in Iran.

Energy security is a substantial reason for New Delhi’s desire to continue its engagement with Tehran. Possessing the world’s second largest oil and natural gas reserves, Iran ranks just behind Saudi Arabia as India’s most important crude oil supplier. And with the country’s power requirements burgeoning, India will be increasingly dependent upon foreign energy sources, including Iran.

Besides the petroleum connection, geopolitics will also drive New Delhi into a closer relationship with Tehran. India has traditionally relied upon Iran to help blunt Pakistan’s influence in Central Asia and to serve as a bridge to trade and energy opportunities there.  And with the endgame of the Afghan conflict beginning to unfold, this reliance will only deepen. New Delhi now has even less incentive to go along with any new exertions of U.S. sanctions, and India and Iran may go so far as to revive their cooperation during the 1990s that provided critical support to the non-Pashtun militias battling the Taliban regime. The Americans will surely grumble about the cozying up with Tehran, but the strategic logic of the U.S. withdrawal from Afghanistan leaves New Delhi little choice.

But as New Delhi adjusts policy, an even more significant change is underway in Washington, with U.S. options in dealing with Iran narrowing in important ways. Critics urge the Obama administration to be more forthcoming in diplomatic talks, though with the current disarray in the Iranian government it is difficult to see how even the most sincere of efforts could gain meaningful traction. The administration has also pointedly stressed that “all options are on the table,” implying that it is willing to pick up the cudgel of military action in the event Tehran fails to engage diplomatically. Yet this threat always had an air of unreality, given how armed hostilities in the Persian Gulf region – the epicenter of the world’s petroleum lifeline – would have calamitous economic consequences.

And now the saber-rattling option is ringing more and more hollow by the month, in view of the political consensus that is quickly growing in Washington in favor of reducing the country’s strategic commitments. Acknowledging that the U.S. military establishment is “exhausted,” just-retired Defense Secretary Robert Gates pointedly cautioned against launching any new conflicts in the Middle East.

Of course, the American focus on a nuclear Iran will not flag entirely.  New unilaterally formulated and enforced sanctions are certainly possible and these could come to ensnare Indian firms.  But the lack of viable alternative options will compel Washington’s acquiescence were Iran to develop a strategic arsenal, affecting in turn the demands that it places on allies and partners.

Indeed, the real challenge for Indian policymakers these days seems to lie more in Riyadh than in Washington. The simmering rivalry between the Shiite theocracy in Iran and the Sunni monarchy in Saudi Arabia is once again coming to a boil. A senior member of the Saudi royal family has reportedly warned that Riyadh is preparing to employ all of its economic, diplomatic and security assets to blunt Tehran’s regional ambitions. India may well get caught in the crossfire. If it does, satisfying the demands of its principal suppliers of crude oil will be South Block’s next balancing act.

The location of Osama’s death underlines the work required on Pakistan After a decade of anxiety, fear and anticipation, the friends and…

The U.S-India strategic partnership is moving on an upward trajectory, though not a predictably smooth one. In fact, after the euphoric “indispensable…

Two years ago, on Thanksgiving, as American families sat down to dinner, their TV screens came to life with a macabre spectacle….

Japan was struck by a massive earthquake on March 11, followed by a devastating tsunami that deluged many parts of Japan. Not…

This memo is proposed for urgent consideration by President Barrack Obama on the course ahead in U.S.-India relations. Today, when machineries of…

A crisis of gargantuan proportions with unprecedented geo-political repercussions is gradually taking shape in Asia. Tibet is the source of several large…

0
24 Oct 2011
Humanitarian Intervention: Should the international community intervene in Libya?

Though this past year has been relatively peaceful in South Asia, the unstable regional security environment, India’s unresolved territorial and boundary disputes…

Guest post by Madhavi Bhasin,In the same week that President Obama delivered his