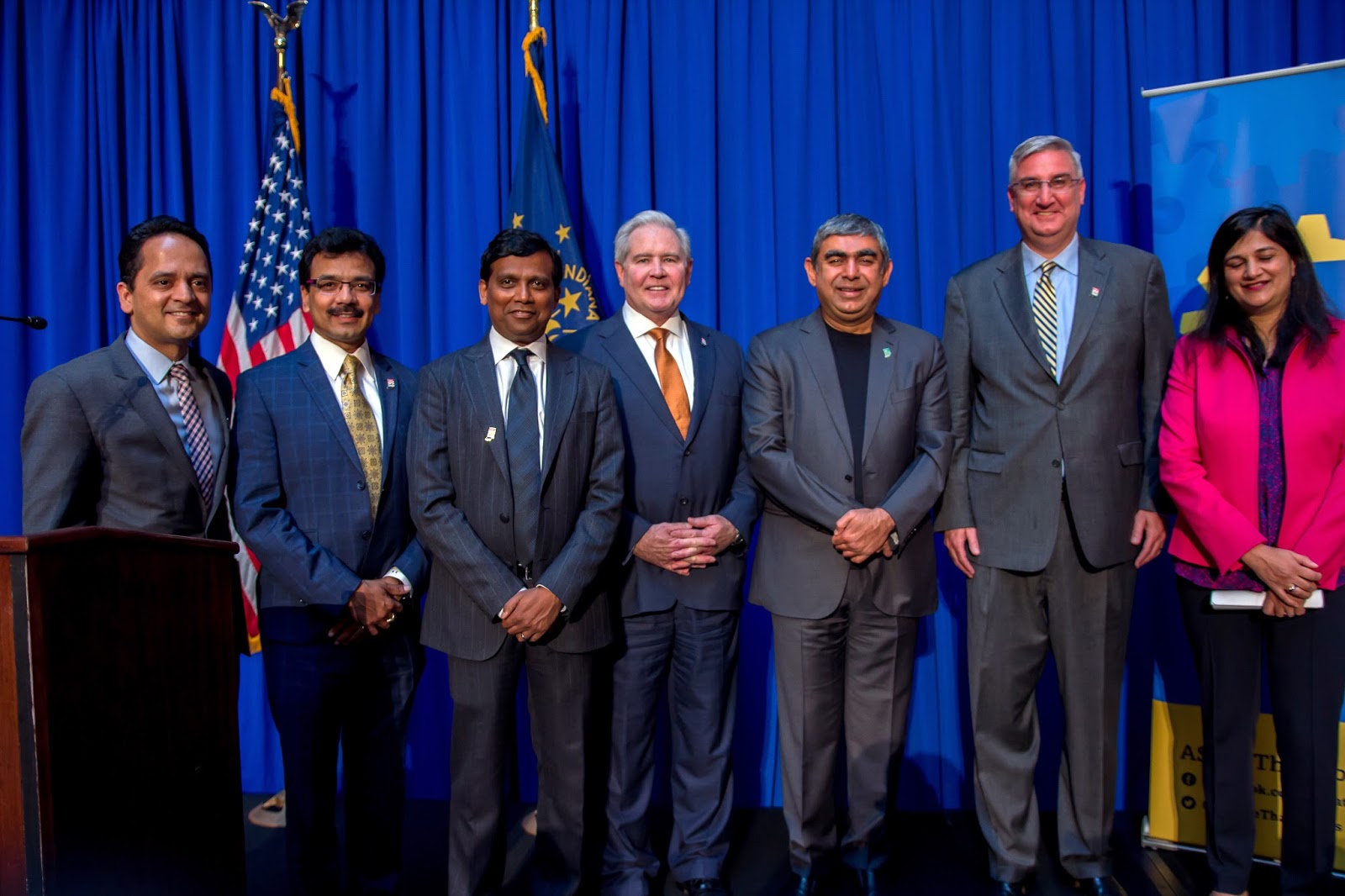 Washington, DC: Days after President Trump signed an executive order, ordering federal authorities to review the H1 B visa program, Infosys Inc., announced that it would establish four technology centers in the United States and hire 10,000 American workers by 2019. The first technology hub, that will focus on artificial intelligence, machine learning, emerging digital technologies, cloud and big data, will be launched in Indianapolis by August 2017 and is expected to create 2,000 jobs by 2021. Infosys’ announcement comes at a time, when President Trump’s ‘America first’ policy also targeted Indian IT Companies, for displacing higher-paying American jobs with cheaper workforce from India through the H1-B program.

Indiana Governor Eric Holcomb, present at the announcement, praised workers from the state, “I am so pleased Infosys has chosen Indiana for its business tech hub…Their projected 2,000 new jobs will support the continued momentum of our tech industry, which has grown 28 percent since 2013, and help advance Hoosier innovation.” Infosys CEO Dr. Vishal Sikka touted the strong network of colleges in Indiana saying, “The launch of this technology hub in Indiana is a testament to Indiana’s skilled workforce and its education system. We are excited to be a part of Indiana’s work to transform the tech industry in the Midwest.” Infosys currently employs more than 140 associates in Indiana. The company will hire developers, analysts, architects, domain consultants and other technology professionals for the new Indiana office. When Infosys hires all 2,000 workers as scheduled, the company would receive a maximum of $31 million in state incentives, the highest dollar amount the Indiana Economic Development Corporation has ever offered.

For weeks now, Indian Government officials and industry heads have been lobbying with American lawmakers and the Trump Administration, to shield India’s $150 billion IT sector from major changes in the immigration policy. The H1-B visa program has been primarily used by Indian IT firms and opponents of the program have blamed it for massive job losses among American workers.

USINPAC Indiana Chair, Mr. Raju Chinthala, who played a key role in connecting Infosys & State of Indiana welcomed the Infosys announcement adding, “In today’s prevailing climate it would serve Indian IT Companies to invest in the US. The US is the largest market for Indian software companies, it will benefit both countries if we pool local talent with global investments.”