The LNG-Initiative executive committee serves as a platform for influential US and Indian industry leaders to discuss and share ideas regarding how LNG trade between US and India can truly benefit both the countries in the short-term and long-term. 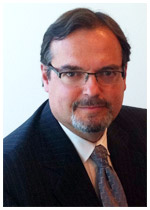 Bruce McKay serves as Managing Director of Federal Affairs for Dominion, one of the nation’s largest and most diverse energy companies.  McKay is responsible for the development and execution of strategies to advance Dominion’s positions on federal policy issues affecting the company.  McKay represents Dominion before the Congress and the Executive Branch of the Federal Government.

Prior to joining Dominion, McKay held a similar position with Consolidated Natural Gas.  Before that he served as Legislative Director to U.S. Representative Earl Pomeroy (ND) and legislative assistant to former U.S. Senator Quentin Burdick, focusing on energy and natural resource issues.

McKay was raised on a farm near Valley City, North Dakota.  He attended the University of North Dakota, earning a B.A. in Political Science and a B.S. in Public Administration.  He is married to Anne Miniter McKay, has three children, Justin, Campbell and Jackson, and resides in Great Falls, Virginia. 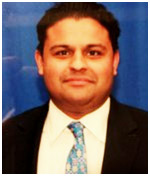 Mr. Desai comes to Cheniere Energy, LLC from MWW Group where he served as a Senior Vice President and Strategic Counsel, managing the business portfolios and developing business leads for the privately-held and politically-active public affairs firm. Prior to his engagement with Cheniere, Mr. Desai held senior stations with the Health Information Center, an organization designed to promote the Affordable Care act, and with the life science venture capital firm Third Security, where he acted as Managing Director of the firm’s corporate communications and public relations enterprises. He’s also had a far-reaching political career, most recently as a lead fundraiser for Governor Mark Warner’s Forward Together Political Action Committee. Additionally, Mr. Desai has been part of the Senate Offices and Campaigns of then-Senator Joseph Biden, Senator John Kerry, Senator Frank Lautenberg and Senator Robert Torricelli.

Charles Ebinger, Director of the Energy Security Initiative at Brookings 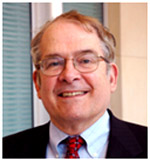 Dr. Charles K.  Ebinger is Senior Fellow and Director of the Energy Security Initiative at Brookings. Previously he was a Senior Advisor at the International Resources Group where he advised over 50 governments on various aspects of their energy policies. Dr. Ebinger has special expertise in South Asia, the Middle East, and Africa and has also worked in the Far East, Southeast Asia, Eastern Europe, Central Asia, and Latin America. Dr. Ebinger is also one of the Nuclear Energy Institute’s “Nuclear Energy Experts.”

He has 30 years experience advising the highest levels of governments on a variety of development projects addressing the restructuring of electricity, natural gas and petroleum state-owned companies; the creation of regulatory regimes; energy pricing reforms; and institutional strengthening of energy ministries and state-owned utilities. Dr. Ebinger has also been involved in most of the domestic energy and environmental policy debates since 1975, having testified before Congress and other federal and state administrative agencies. In 1975, as a Foreign Affairs Officer in the Federal Energy Administration, Dr. Ebinger helped establish the International Energy Agency and its oil-sharing mechanism.

From 1976 to 1979, Dr. Ebinger served as Vice President of Conant and Associates, an international oil, gas, and electricity political risk consulting company. In 1979, he became the Founding Director of the Center for Strategic International Studies’ (CSIS) Energy and Strategic Resources Program and served as Director until 1987. From 1987-1988, he was a Senior Consultant at Putnam, Hayes & Bartlett, specializing on the restructuring of U.S. and Great Britain’s electricity and natural gas markets. From 1988-1999, he served as Executive Vice President at the International Resources Group, advising governments on restructuring their state-owned energy sectors and setting up regulatory regimes.

In 1999, he joined Stone & Webster Management Consultants as the Director of the International Energy Practice where he was deeply involved in projects in Venezuela, Indonesia, the Gambia, and Nigeria. From 2000-2004 he held several positions at Nexant (a subsidiary of Bechtel Corporation), including Vice President and Director of International Utility Services; Senior Vice President for Middle East, Central Asia, and Africa; and Senior Vice President for Global Privatization/Restructuring/Regulation. During this time, Dr. Ebinger’s major engagements were in Saudi Arabia, Azerbaijan, Armenia, Jordan, Nigeria, Egypt, Pakistan, Nepal, and India. Before joining Brookings in June 2008, Dr. Ebinger returned to IRG to lead projects helping to strengthen and restructure the Afghan and Liberian energy sectors. Dr. Ebinger has served on two presidential commissions on energy policy. He is the author of five books and scores of articles on a host of international energy issues. He has just completed work on Energy Security in South Asia: Cooperation or Conflict?, analyzing energy security in South Asia, which was released in September 2011. He has also completed work on an edited volume, Business and Nonproliferation: Industry’s Role in Securing a Nuclear Renaissance, which was released in October 2011. He serves on the North American board of India’s The Energy and Resources Institute (TERI) and has served on the boards of oil and gas companies and several non-profit groups including the Chemical and Biological Arms Control Institute where he was Chairman. He received his B.A. from Williams College and his Masters and Ph.D. degrees from the Fletcher School of International Law and Diplomacy at Tufts University. 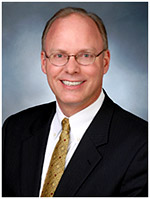 Bill Cooper is the president of the Center for Liquefied Natural Gas (CLNG).

Bill has nearly three decades of experience in various aspects of the energy industry, having served in both the public and private sectors. Prior to serving in his full-time capacity as president of CLNG, Bill was a partner at the law office of Hunton & Williams LLP.

Prior to joining Hunton & Williams, he served as counsel to the U.S. House Energy and Commerce Committee. Bill was a drafter and lead negotiator for the Pipeline Safety Improvement Act of 2002 and was also a lead negotiator for the House on several provisions of the national energy policy bills in the 107th and 108th Congresses. Earlier in his career, he was general counsel for a natural gas utility company.  In addition, Bill is a frequent speaker on energy and natural gas issues. 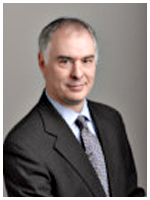 Brian Kelly of Alexandria, Virginia serves as Vice President for Americas Natural Gas Alliance which represents the largest independent producers of natural gas in North America. Brian is the organization’s lead advocate on government affairs issues that affect demand and the protection of supply. ANGA member companies produce 40 percent of the total North American supply of natural gas. Prior to joining ANGA, Brian was the founder of BK Strategies. BK Strategies was a Washington based consulting firm with a diverse client list ranging from small start-ups to large multinational companies. Brian has served as a Senior Director for the Comcast Corporation. He worked side by side with the CEO and COO, as well as, the heads of the major business units to identify areas where the Company and its affiliates could maximize the Comcast brand and achieve its corporate goals by adding value to the bottom line. Brian helped develop and implement the policy and regulatory positions for Comcast and its Affiliates, as well as identifying global business opportunities. Brian held the position as Senior Vice President for Global Government Affairs and Communications for the Electronic Industries Alliance, EIA. Brian directed the global public policy and communication initiatives for EIA. In his role he worked with the world’s largest technology companies on development of standards and global business practices. He traveled the world speaking on behalf of the Association to Governments, business groups and consumers. Brian has held senior management positions with the Walt Disney Company and the National Association of Broadcasters. In those roles he worked with studios and national as well as local television networks on digital rights management, distribution models and the evolution of voice, video and data content. Brian serves as an informal advisor to several European and Asian nations on the US political system and the US Governments media, telecommunications and energy policies. Brian serves on The Congressional Sportsman Foundation Board in Washington, DC, plus the Board of Director for Proof Research in Whitefish, MT and is the Chairman of the Board for IGRIS, LLC in Memphis, TN. Brian is a graduate of Samford University in Birmingham, AL. He is married to Karen Vance of Corinth, MS, and they have two children 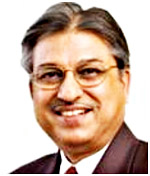 Dr. Ashok Kumar Balyan, M.Sc, M.Tech, Ph.D. (Germany) has been the Chief Executive Officer and Managing Director of Petronet LNG Ltd., since May 2010. Dr. Balyan served as a Director of Human Resource of Oil and Natural Gas Corp. Ltd., from August 23, 2003 to July 15, 2010. Dr. Balyan served as Chief-Human Resources Development of ONGC since 2002. He has thirty years of experience and served several field and staff assignments in various disciplines including Analytical Geo-Chemistry Lab, Mud Engineering, Planning, Monitoring of Exploration activities, Project Management and Basin Manager and Head of Exploration. He has been with ONGC since 1976 and prior to that was with Shriram Institute for Industrial Research. He serves as the Chairman of Petronet MHB Ltd. Dr. Balyan has been a Director of Petronet LNG Ltd. since February 20, 2009. He serves as Director of Dahej SEZ Ltd., ONGC Tripura Power Co. Pvt. Ltd., Mangalore SEZ Ltd., ONGC Petro addition Ltd., North East Power Transmission Co. Pvt. Ltd., ONGC Mittal Energy Services Ltd., ONGC Mangalore Petrochemicals Ltd and Kakinada Refinery and Petrochemicals Pvt. Ltd. Dr. Balyan served as a Director of Oil and Natural Gas Corp. Ltd., since August 23, 2003. He served as a Director of ONGC Videsh Limited (also known as Oil and Natural Gas Corporation Videsh Ltd.) until July 14, 2010. He served as Nominee Director (ONGC) of Mangalore Refinery & Petrochemicals Ltd. until July 2010. Dr. Balyan holds a Doctorate degree in Chemistry from Technische Hochshule fur Chemie, Merseburg, Germany, an alumnus of IIT, Delhi. 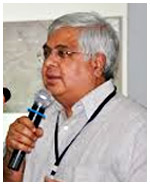 Mr. Shukla has been involved in a number of large and complex projects while working for India’s largest engineering consultancy firm, Engineers India Limited. He is also associated with various apex and state chambers of commerce and industries and other social and literary trusts/activities.

Mr. Shukla holds a degree in Mechanical Engineering and Post Graduate Certificate in Industrial Purchasing & Materials Management. He is Fellow of The Chartered Institute of Logistics& Transport, India as well asThe Institute of Engineers {India}.

He has been part of several delegations led by Hon’ble Chief Minister of Gujarat and other officials to various countries for showcasing the State and for promotion of investments,and has also led Business delegation to European countries for the purpose. 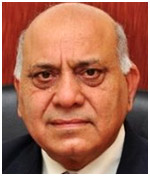 Before joining Petrotech as Director General, Mr. Ashok Anand served as Director of Human Resource & Business Development for Oil India Limited. Mr. Anand was in charge of all matters relating to human resources including employees relations, security, public relations, training and development. He was also responsible for business development and was part of the strategic planning team of Oil India Limited. He has almost 34 years of experience in the oil and petroleum industry. Prior to joining Oil India Limited in December 16, 1974, he was employed with Bajrang Engineering Works and Jawala Textile Mills. He was Director of Oil India Limited from February 1, 2008. He is also a member of the Indian Council of Arbitration and the National Institute of Personnel Management. He holds a bachelor’s degree in Science from Government College, Rohtak. He also holds a master’s degree in business administration from Himachal Pradesh University.