The American author filmed with a cannibalistic sect for his Believers series, with fears that it could increase hate attacks against Indian Americans 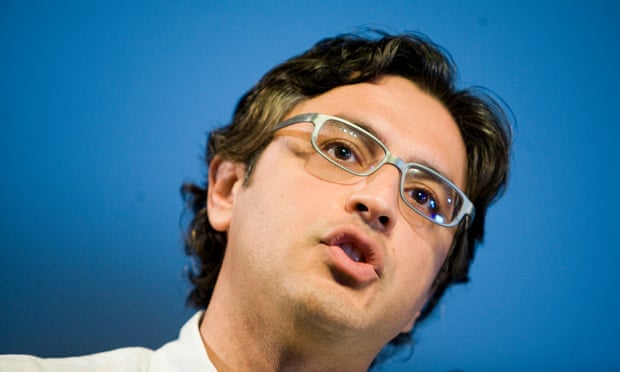 Reza Aslan, the scholar and TV presenter, has been pressured to eat human brains while filming with a fringe, cannibalistic Hindu sect for a new series on the world’s religions.

But that might be the least of the problems the show has caused the American author.

Some Indians and American Hindu groups say the opening episode of his CNN series, Believers, which focuses on the obscure Aghori sect, was “Hinduphobic” and sensationalised aspects of the world’s third largest-religion.

The episode shown across the world on Sunday comes amid heightened concerns, taken up by senior Indian government ministers, over the vulnerability of US-based Indians and Indian-Americans following a spate of alleged hate crimes in recent weeks.

In the program, Aslan encounters a group of Aghori nomads outside the Hindu holy city of Varanasi, who smear his face in cremated human ashes and persuade him to drink alcohol from a skull.

An Aghori ascetic, who at one point also threatens to decapitate Aslan for “talking so much”, also feeds the presenter who he claims is a piece of human brain.

Aslan followed up the episode’s debut with a promotional post on Facebook, writing: “Want to know what a dead guy’s brain tastes like? Charcoal. It was burnt to a crisp!”

The segment ends with the holy man throwing his excrement at the TV crew as they and Aslan run away.

Aslan makes clear in the episode that the Aghori – who number only a few thousand of the world’s estimated one billion Hindus – are a fringe group, and also interviews Aghori adherents who do not practice cannibalism.

But the focus on such an extreme sect led to accusations the episode had mischaracterised Hinduism to viewers with little understanding of the religion, at a time when the Indian-American community is still reeling from attacks on two Hindus and a Sikh man in apparent hate crimes in the past fortnight.

The latest victim, a Seattle man, was allegedly told to “go back to your own country” before being shot in the arm.

“With multiple reports of hate-fuelled attacks against people of Indian origin from across the US, the show characterises Hinduism as cannibalistic, which is a bizarre way of looking at the third largest religion in the world,” the US-India Political Action Committee said in a statement.

“In a charged environment, a show like this can create a perception about Indian Americans which could make them more vulnerable to further attacks.”

Tulsi Gabbard, the first Hindu elected to the US congress, also tweeted this week that she was “disturbed” by the program.

“CNN is using its power and influence to increase people’s misunderstanding and fear of Hinduism,” she wrote

“Aslan and CNN didn’t just throw a harsh light on a sect of wandering ascetics to create shocking visuals – as if touring a zoo – but repeated false stereotypes about caste, karma and reincarnation that Hindus have been combatting tirelessly.”

Vamsee Juluri, a professor of media studies at the University of San Francisco, said it was “unbelievably callous and reckless” of CNN to “push sensational and grotesque images of bearded brown men and their morbid and deathly religion” in such a tense atmosphere for Indian-Americans.