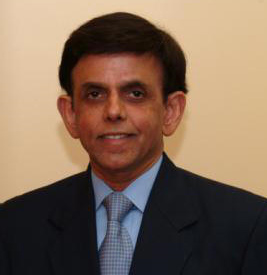 Dr. Prasad Srinivasan is the first Indian-American and the only physician to be nominated to the Connecticut State House of Representatives. He studied in Baroda Medical College. He is a Republican who represents the 31st district in Glastonbury. During his first term in the legislature, he worked with the Health, Education and Finance, and Revenue and Bonding committees.

Dr. Srinivasan was a former president of the American Association of Physicians of Indian Origin (AAPI) and the Connecticut Valley Hindu Temple Society. As the President of the AAPI, he was instrumental in the initiation of the first Indo-US Healthcare Summit in New Delhi. He has also served in the Community Health Advisory Committee, Connecticut State Medical Society, and the Hartford County Medical Association. He has played a key role in initiating the Free Public Health Clinic for Uninsured patients. He won the Ellis Island Medal of Honor.

Dr. Srinivasan was born in Kerala and is an alumnus of the Brookdale Hospital in Brooklyn, New York and the Michael Reese Hospital in Chicago. His wife Kala is a musician and their son, Shashank is a physician at the Harvard Medical School. Their daughter, Anusha is a finance professional who works with Citibank in New York.